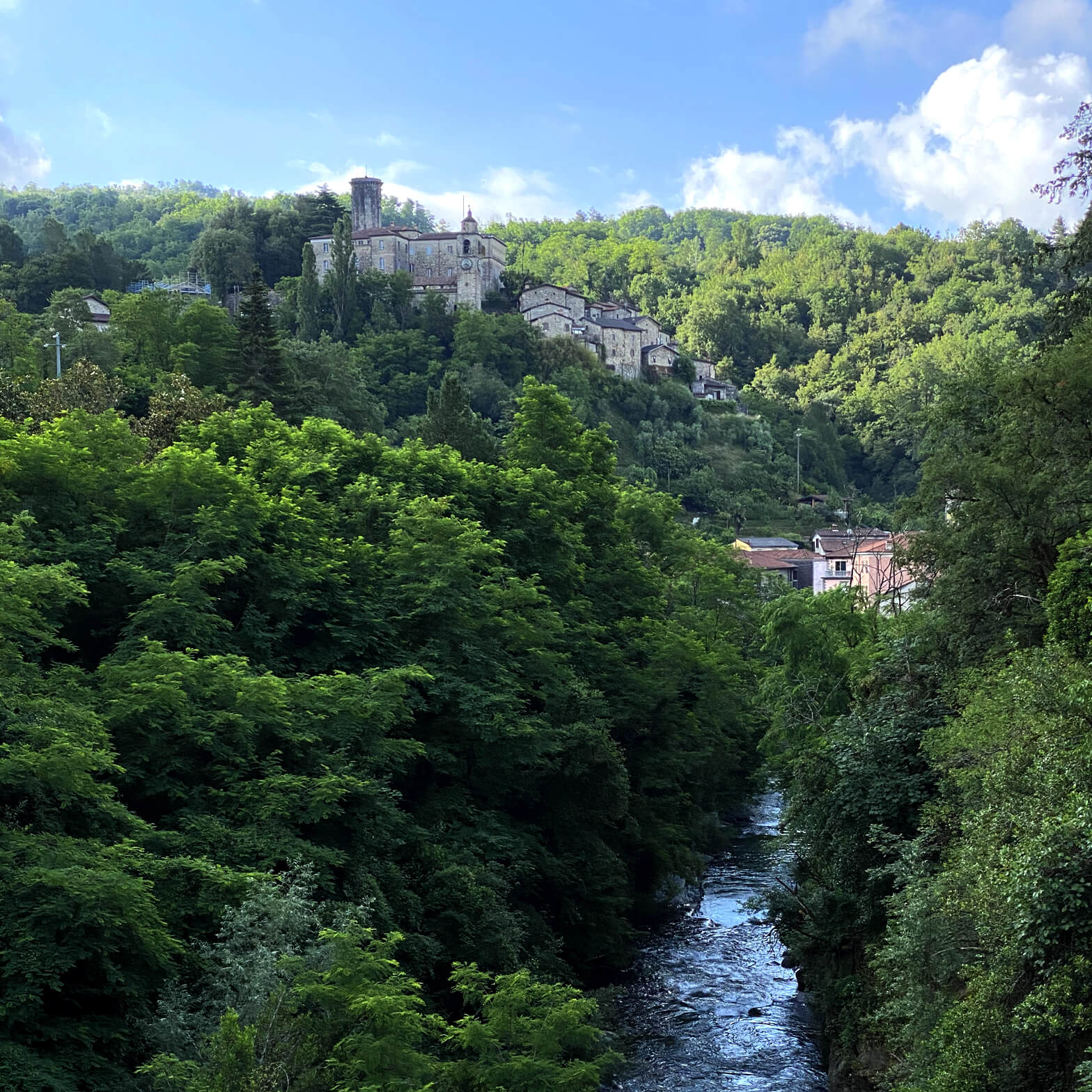 The Lunigiana (pronounced [luniˈdʒaːna]) is a historical territory of Italy, which today falls within the provinces of La Spezia and Massa Carrara.

Its borders derive from the ancient Roman settlement, later the medieval diocese of Luni, which no longer exists.

Lunigiana, a mountainous region dissected by the Magra river, covers an area which runs from the Apennines to the Mediterranean Sea, now belongs in part to Tuscany and in part to Liguria.

It takes its name from Luni, a Roman town, perhaps pre-dated by an Etruscan settlement, which became the principal urban center on the northern Tuscan coast.

Some contend that the name Luni refers to the moon, a celestial body whose beauty is made all the more attractive when framed by the white-peaked Apuan Alps and high Apennine mountains. Others maintain, though little or no evidence exists, that the region was populated by those who worshiped the moon.

As if to unite history and myth, the symbol of contemporary Lunigiana is a crescent moon held in the claw of a bear.

The earliest recorded inhabitants of this region may have been the Apuani (from which is derived the name of the Apuan mountain chain), an ancient Ligurian people, as well as Etruscans who may have inhabited towns along the coast and even the hamlets near in-land trade routes.

Curiously, while evidence of both Roman and later Medieval settlements are ample, the wondrously appealing stele, late pre-historic and Bronze Age stone statues which have been found in large numbers in this part of Tuscany, remain the symbol of this ancient land.

They are the first expression of the art and, perhaps, of the religious beliefs of the peoples that inhabited northern Tuscany from the Bronze Age to start of the Roman Empire.

Any cookies that may not be particularly necessary for the website to function and is used specifically to collect user personal data via analytics, ads, other embedded contents are termed as non-necessary cookies. It is mandatory to procure user consent prior to running these cookies on your website.